Here is an extract from an article from a wonderful site for beginners in soil microbiology   http://www.artemisthai.com

Before reading this article, here’s two short paragraphs of the needs of soil.

a very effecient explanation, not too much, not too little iof the requirements of soil.

Soil microorganisms (Flora & Fauna), just like higher plants depends entirely on soil for their nutrition, growth and activity. The major soil factors which influence the microbial population, distribution and their activity in the soil are 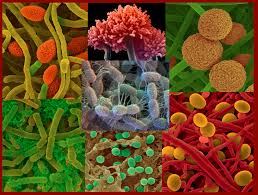 Why Do We Need Soil Bacteria?

Soil bacteria are the primary digestive system of the soil. Their activity is responsible for almost 90% of all biological and chemical actions. For instance, key macronutrients such as nitrogen, sulphur and phosphorus all require microbial transformation in the root zone to make them more available to the plant. Soil bacteria transform nutrients from “forms not usable by the plant” to “forms usable by the plant”. Again, soil microbes improve aeration by loosening dense and compacted soils. Water is then able to better infiltrate and percolate. Most important, soil bacteria decompose organic waste materials such as leaves and manure into organic humus, which stores both moisture and nutrients. Further, microbes can balance soil acidity and alkalinity, create the carbon dioxide plants need, as well as produce vitamins, toxins, and hormones that both feed and protect the plant system.

What Do Bacteria Do In the Soil?

Soil micro-organisms are living, breathing organisms and, therefore, need to eat. They compete with plants for nutrients including Nitrogen, Phosphorus, Potassium and micronutrients as well. They also consume amino acids, vitamins, and other soil compounds. Their nutrients are primarily derived from the organic matter they feed upon. The benefit is that they also give back or perform other functions that benefit higher plant life.

Azobacter, for example, is a genus of free-living bacteria that converts atmospheric nitrogen into ammonium, making it available for plant use. This process may only take place, however, if the following conditions are met:

In general, bacteria are the organisms in soil that are mainly responsible for transforming inorganic constituents from one chemical form to another. Their system of external digestion means that some of the metabolites released by the use of extracellular enzymes may be used by other organisms, such as plants. The bacteria gain nutrients and energy from these processes and provide other organisms with suitable forms of chemicals they require for their own processes, for example, in the conversions of nitrate to nitrite, sulphate to sulphide and ammonium to nitrite.

Where Do Bacteria Live In Soil?

Bacteria are aquatic organisms that live in the water-filled pore spaces within and between soil aggregates. As such, their activities are directly dependent on relatively high soil water contents.

Bacteria are normally found on the surfaces of mineral or organic particles or congregate around particles of decaying plant and animal debris. Most are unable to move and hence, their dispersion is dependent on water movement, root growth or the activity of soil and other organisms.

Rhizobia are one of the groups of micro-organisms living in soil. They are single celled bacteria, approximately one thousandth of a millimetre in length. Rhizobia belong to a family of bacteria called Rhizobiaceae. There are a number of groups (genera and species) of bacteria in this family.

How Are Nodules Formed On The Roots Of Legumes?

The nodulation process is a series of events in which rhizobia interact with the roots of legume plants to form a specialised structure called a root nodule. These are visible, ball-like structures that are formed by the plant in response to the presence of the bacteria.

The shape of the nodules is controlled by the plant and nodules can vary considerably – both in size and shape.

Nodulation can be impeded by low pH, Al toxicity, nutrient deficiencies, salinity, water logging, and the presence of root parasites such as nematodes or genetic incompatibility with the plant host.

Affects of Soil Micro-organisms on Plant Health and Nutrition

Soil micro-organisms, sometimes spelled as soil micro-organisms, are a very important element of healthy soil. Knowing what microbes in soil eat, the conditions they thrive in and the temperatures that they are most active in is important in organic gardening and organic lawn care. From a practical standpoint, it boils down to organic matter, but not just any organic matter. These facts below will help you plan your activities around the time they are most beneficial. Below is a partial list of important functions they perform.

Soil Micro-Organisms Are Responsible For:

Types of Micro-organisms in Soil

There are several types of micro-organisms in soil that benefit plants. Together they make up an immense population of living organisms. One teaspoon of soil may contain millions of various types. Below is a list of common soil micro-organisms found throughout the world.

Bacteria
These are small, single cell organisms that make up the single most abundant type of microbe. They have a very wide range of conditions that they live in from the Arctic wastelands to the steaming waters of volcanic hot springs. In soils, they multiply rapidly under the proper conditions. When conditions are wrong for one species, it is right for another. This is not always a good thing since a balance is what is required.

Fungi
The largest microbe group in terms of mass. Some fungi are beneficial, called mycorrhiza, that form a symbiotic relationship with plant roots, either externally or internally. Within the fungi group are pathogen fungi. These are disease causing fungi, some of which can be quite devastating to plants.

Actinomycetes
Necessary for the breakdown of certain components in organic matter.

Algae
Beneficial groups such as blue-green algae, yellow-green algae and diatoms. Some of these can produce their own energy through photosynthesis.

What is Organic Matter?

Therefore, the rule of thumb is to choose an organic matter with higher levels of nitrogen. Anything lower than four percent (4%) Nitrogen with high Carbon content should be considered a soil amendment and not a fertilizer.

Soil Microbe activity is dependent on soil temperatures. For simplicity, all essential soil microbes are classified into the three different temperature ranges they are most active in.

Since the primary group contains Mesophiles, this has a great influence on the degree of soil microbe activity. Areas where the temperatures are warm most of the year, organic matter can be consumed very quickly. Tropical rainforests are so lush in part because of consistently warm temperatures, which promote fast breakdown of organic matter and the release of nutrients into the soil.

Cooler areas, such as Canada and parts of Europe, that have extended periods of cool weather below 77 degrees will benefit far less from the additions of organic matter. This is because far fewer microbes are active in that temperature range. It is possible to build unhealthy levels of organic matter if you follow the example of those in warmer climates.

The scientific rule is this: With every 18 degree rise in temperature, from 32 degrees to 95 degrees, there is a 1.5 to 3.0 % increase in microbial activity.

Remember, the food availability to microbes, the quality of organic matter, soil types, pH level, percent of Nitrogen, etc. will also have an effect on microbial activity level.

Most soil micro-organisms can tolerate a wide range of soil levels. However, bacteria favours a neutral to slightly alkaline soil up to 8.0. When pH drops below 6, fungi begin to dominate as bacteria finds it less favourable.

Just as temperature levels stimulate different soil microbes, so does soil moisture. Some are obvious. Persistent, damp conditions with heavy shade will promote the growth of algae while hindering microbes that thrive in sunny locations. Proper lawn watering requires deep watering so that the soil is wet 4 inches deep. Shallow watering means only the surface is wet. It dries out quickly and can greatly hinder soil microbes.

There is a balance to everything, including oxygen in soil. Compacted soil will have less oxygen and less water holding capacity. Clay soil consists of extremely tiny particles, even smaller than silt. Clay with proper structure can have sufficient oxygen, but it can also compact easily. Since soil micro-organisms consume oxygen, but low oxygen soils will quickly deplete what oxygen it has and lower the soil microorganism levels. In lawns, deeply water to a level of 4 inches deep and allow it to dry before watering again. The deeper soil will remain moist at sufficient levels. Shallow watering means when the surface moisture is gone there is no moisture deeper to support a healthy microbe population.

Fungi are primarily organisms that cannot synthesise their own food and are dependent on complex organic substances for carbon. Specialized fungi can be pathogenic on the tissues of plants, while others form mutually beneficial relationships with plants and assist in direct nutrient supply to the plants (e.g. mycorrhizal associations).

Many fungi play a very important role in the recycling of important chemical elements that would otherwise remain locked up in dead plants and animals. In the decomposition of plant debris, certain fungi are particularly important because of their ability to derive their carbon and energy requirements from the break down of dead and decaying plant cell walls, cellulose and lignin. They are much less dependent on water than other micro-organisms, but interactions with other microbes, temperature and nutrient availability will have an effect on their activity. Fungal activity is greatest in decomposing leaves and wood, and tends to diminish in the later stages of decomposition when bacteria become more dominant.

Fungi vs Bacteria: Their Different Roles in the Decomposition of Organic Matter

Even though a high proportion of both fungi and bacteria are decomposers in the soil, they degrade plant residues differently and have different roles in the recycling of nutrients. This is partly due to their different choice of habitats within the soil and the different types of organic matter they consume.

Fungi are generally much more efficient at assimilating and storing nutrients than bacteria. One reason for this higher carbon (C) storage by fungi lies in the chemical composition of their cell walls. They are composed of polymers of chitin and melanin, making them very resistant to degradation. Bacterial membranes, in comparison, are phospholipids, which are energy-rich. They degrade easily and quickly and function as a food source for a wide range of micro-organisms.

The different proportions of C and N (i.e. different C:N ratios) of bacteria and fungi might also play a role in the mineralisation and immobilisation processes of nutrients in the soil. Due to their structure and C:N ratio between 7:1 and 25:1, fungi need a greater amount of carbon to grow and reproduce and will therefore ‘collect’ the required amount of carbon available for this from the soil organic matter. Bacteria, however, have a lower C:N ratio (between 5:1 and 7:1) and a higher nitrogen requirement and take more nitrogen from the soil for their own requirements.