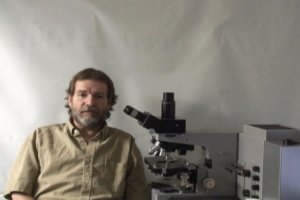 Tim Wilson explains beautifully his perspective on the soil. The microbes in the soil. Such an interesting article even  if you have only a slight interest in soil.

the following is an excerpt.  please go here for full and original post.

The term ‘living soil’ is getting a lot of lip service these days, however a living breathing moving soil is a thing to behold and great to grow with. It just gets better as it becomes more alive.

I’d like to try describing to you what this means. A living soil is comprised of a large variety of creatures, mostly microscopic and single celled. Part of this life is the plant itself but billions of life forms which support this plant and microcosm are arranged hierarchically at a level in the soil to which they have evolved for optimum survival and the wholistic function of their universe.

Besides these areas of contact or buffer, there are some broader distinct fields of transpiration between life forms which thrive within certain steadfast environmental conditions. This is why, as horticulturists, we may achieve living soil through minimal soil disturbance or no-till.

To describe these fields, first lets talk about the soil’s surface. Soil scientists call this the detritusphere, not a very complex name when you consider what detritus encompasses. So here is where stuff falls; everything from leaves to poop and this is where the greatest velocity and frequency of decomposition occurs. The detritus is principally carbon based. The elements of oxygen, nitrogen, light and moisture combine with the microorganisms evolved to this environment to do their job of degradation through consumption. These organisms are specialized to use the components and fuel available in the top layer of the soil, let’s say the top one to three inches dependent on soil type.

At a lower depth they would not function similarly because the fuel would be lacking. The material processed as waste by these microbes is then passed down to the next set of microorganisms evolved to process that modified substance.

If the raw detritus is worked into the soil, without first being degraded by surface dwellers, then the subsurface microbes can become overwhelmed (if I can use such an expression for microbes) with the task and can easily use up any and all nitrogen at hand decomposing this organic matter, thereby depriving local plants of this nitrogen. This can result in what some refer to as nitrogen lock out or lock up.

The next interface is where openings are created by earthworms, nematodes and other larger creatures, rather comically called the drilosphere by scientists. This is an area where some of the previously described material is conveyed by the bugs n’worms along with bug n’ worm poo and bioslime. The bioslime created is important for binding particles and contributing to aggregation. Obviously these create unique passage ways for certain sized organisms, air and water.

Branching off of these passages and stretching into the entire area which we call our living soil is a myriad of various sized openings and caverns. This area is referred to as the porosphere. This is where the meat and potatoes of the soil grows, is stored and is hunted. It is this zone which interfaces with the roots, which as most know, is called the rhizosphere.

Of critical importance is the conjoining matter, the particles or chunks which comprise the soil itself. These pieces once bound together by bacterial and fungal ‘bioslime’  is referred to as aggregated material and how they cohese is what forms the aggregatusphere (another complex term ;>). The aggregation is bound by fungal hyphae, roots and various gel-like polymers and carbohydrates excreted from plants and creatures alike.

When the gardener/horticulturist first mixes their soil, they can have some pretty good control over the size of pores created, balanced with decomposed/aged/composted organic matter.

The various sized particulate creates the multitudinous openings and caverns which make survival habitats for certain small organisms like bacteria and archaea and hunting grounds and habitat for some larger organisms like protozoa, nematodes and rotifers. These spaces flow with water and air allowing bacteria, archaea and fungi to mine the stored/sequestered nutrients, from vermicompost, compost, humus, clay/rock and other organic matter, which are then passed via the rhizosphere in a number of ways to the roots. There are miniature pockets of water bound to soil particles which are necessary to the survival of many microorganisms.